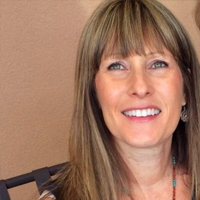 As Vice President, Media Valuations, Lauren Ross has performed appraisals of thousands of media properties with an aggregate value of over $50 billion.   She has prepared media valuations for more than 30 years and possesses a deep understanding of the value drivers in media industries. Her research and analytical skills, coupled with BIA’s wealth of knowledge and data on local media, are instrumental to clients understanding the value of their businesses.

Lauren prepares and oversees fair market valuations for broadcasting and cable properties, cable networks, print and digital publications, web-based businesses, communications towers, outdoor companies, and conferences/trade shows. She has appraised majority and minority interests in privately held companies to be used for gift tax and estate planning, shareholder disputes, and litigation support. She has also testified as a valuation expert in United States Bankruptcy Court and the Court of Chancery in the State of Delaware.

In addition, Lauren assists broadcast clients with their financial reporting requirements related to fair valuations of goodwill and other intangible assets with indeterminable lives (SFAS 142). Many of these assignments performed on an annual basis relate to enterprise valuations of broadcast properties and their associated FCC licenses. Clients for whom these analyses have been performed include both large publicly traded companies as well as smaller privately held firms.

Lauren likes to run and bike in the New Mexico desert and cook in her free time.